Care, repair, retrofit: Automechanika Frankfurt will be celebrating its 25th edition in just two weeks, and this year it is focusing more than ever before on cars that have already found their owners. Excellent examples of this include the extensive treatment of classic cars, REIFEN and the expansion of CarMediaWorld to include the German Sound Quality Finals being held in the Agora by the European Mobile Media Association (EMMA). As Detlef Braun, Member of the Executive Board of Messe Frankfurt GmbH, explains: “At the 25th Automechanika we are offering trade visitors from the workshop area a series of new ideas for entering profitable business fields. In our role as organiser, we collaborate closely with all the most important associations, institutions and industry players in the automotive aftermarket to ensure that we can continue developing the concept of this fair. This is true not only for Frankfurt, but also for all other Automechanika trade fairs around the world.” The fourth CarMediaWorld at Automechanika will be featuring high fidelity sound systems, intelligent networking and digitisation in vehicles. Specialists and their automotive customers will encounter a tremendous variety of audio equipment, versatile products and system solutions in as many as 70 vehicles that are intended especially for cars that are already travelling our roads. An international panel will be reviewing and evaluating the installation and sound quality of every participating vehicle as part of the German Sound Quality Finals. Whoever is crowned champion during the awards ceremony at the end of the competition will qualify for the EMMA European Championships in Salzburg in March 2019.

In the words of Alexander Klett, CarMediaWorld initiator and EMMA Managing Director: “Sound is in. Consumer researchers have confirmed that the renaissance of vinyl records is also fuelling a return to high-end audio systems in vehicles, but with a difference: Here, we are talking about state-of-the-art digital technology that not only affords drivers wholly new soundscapes, but also provides them with a range of convenient functions, such as the use of smartphone apps. And it doesn’t matter what make or model a vehicle is, because the aftermarket has a suitable solution for practically any car and budget.”

The German Sound Quality Finals are taking place on 15 September in the Agora starting at 9:00 a.m. 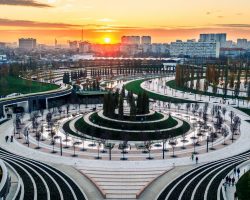